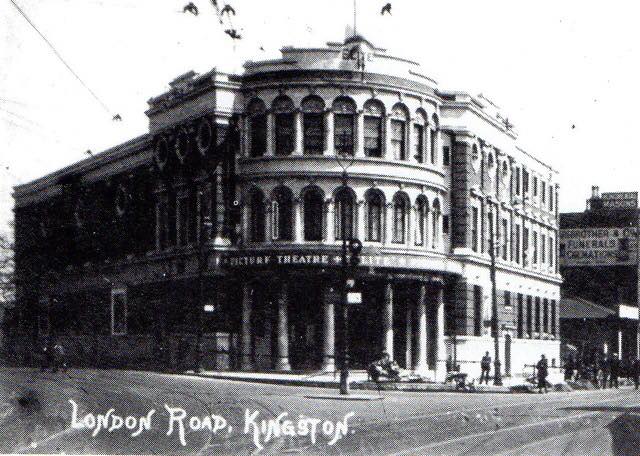 In 1863 London Road (now Old London Road) was the main two-way road into Kingston from London. Horse-drawn carriages would pass down this road into Clarence Street to access either the Ancient Market or to go further along the road to Kingston Bridge to cross the Thames.  In the same year, the railway came to Kingston, the route from Waterloo was via Richmond. In 1906 electric trams and electric street lights were introduced to the borough these trams ran on tracks and were installed throughout the borough including London Road.

In 1912 Tommy Sopwith (later Sir Tommy Sopwith) opened an aircraft factory in an old roller skating rink (next to the Gala bingo hall) in Cranberry Park Road employing six people. In 1913 he opened a further factory up Cranberry Park Road on the corner with Elm Crescent. These two factories produced 16,237 aircraft from 32 Sopworth designs for WW1. The most famous being the Camel.

In this time small factories sprang up in the borough supplying the two Sopworth factories with parts. One such unit was set up in Number 29 London Road (now the Antiques Centre) Sadly we can find no records showing what components were actually produced in this small factory. 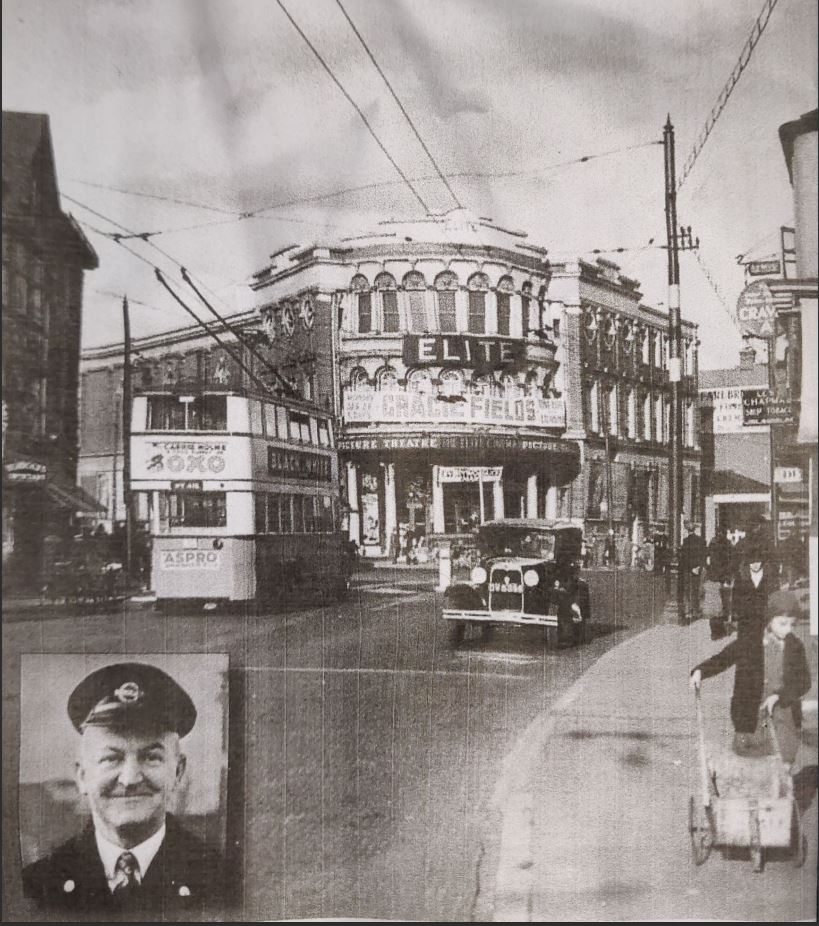 The Elite Picture Theatre located on the corner of London Road and Richmond Road (now part of Clarence Street) opened on the 21st May 1921 (see photograph) This grand building had carved oak panelling on the walls in the foyer. In 1931 electric trolleybuses replaced the trams, a trolley bus can be seen entering London Road in the photograph. Prior to the second world war Tommy Sopwith started HG Hawker, in 1935 they developed the Hurricane and were making 100 a month throughout the war. The factory in Number 29 was still supplying parts through our this time.
The Elite (number 19 London Road) closed for the last time on the 1st January 1955 sadly it was demolished in 1956 and C&A Department Store was built on the site and opened in 1957 (see photo)

This building is now Wilkos. 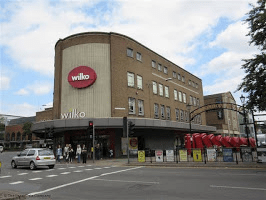 In 1961 numbers 21, 23 & 25 London Road were demolished. Number 21 which joined C&A was rebuilt and was occupied by Farebrothers funeral directors, number 23 was built as Kingston’s new Fire Station, number 25 was not rebuilt and the site is now the turning point and the entrance to Kingston Working Men’s Club.

In 1962 the trolley bus was withdrawn from service. In the early sixties the factory in Number 29 London Road was closed and it became a retail outlet (again we have no knowledge of who traded there).

In the early eighties Kingston Police Station (now the Kop Shop ) closed down and moved to The High Street likewise Kingston Fire Station moved to Richmond Road, the building was renovated and opened as Kingston Carpets.

In 1985 a new Town Centre Ring Road was opened with a new road, Fairfield North taking the traffic which previously went down the narrow London Road. London Road became a Cul de Sac overnight. When the ring road opened the only traffic allowed to use Clarence Street was buses, this ended in 1989 when the Street was pedestrianised,

In the same year (1989) the Out of Order sculpture by artist David Mach was unveiled, (the falling down telephone boxes) this was situated at the end of London Road where the road had been closed off. 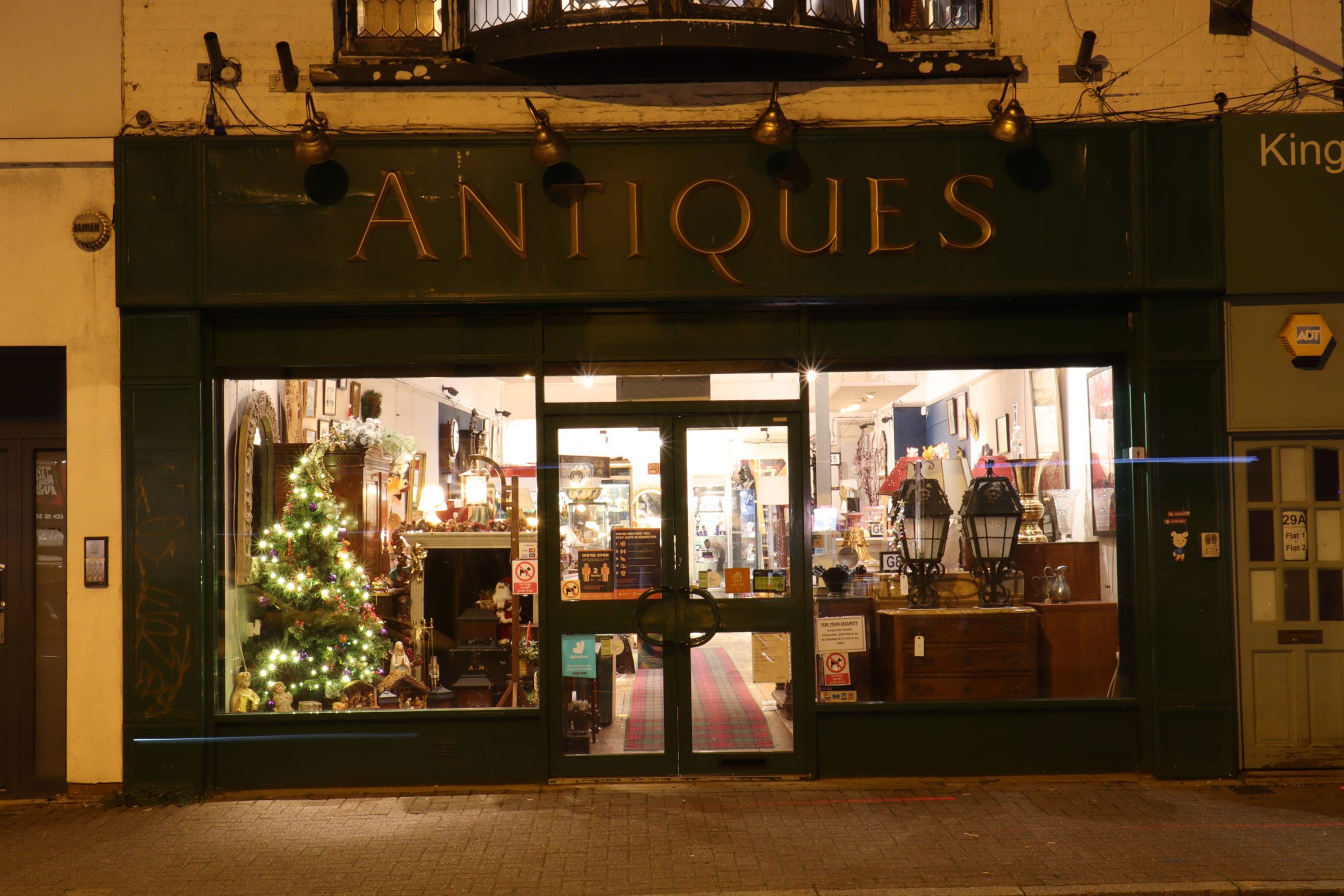 In 1995 the present owners bought numbers 29 – 31, it was occupied at the time by The Princess Alice Hospice Furniture shop, who moved to a single-story shop across the road. (This shop was demolished and is now Bensons Beds with flats above).
The shop was opened as an Antiques Centre and one of the first dealers was Marion Kane who is still with us. In 1996 an exhibition of Betty Joel’s furniture was displayed including her famous round bed and an office which included the walls and all the office furniture. 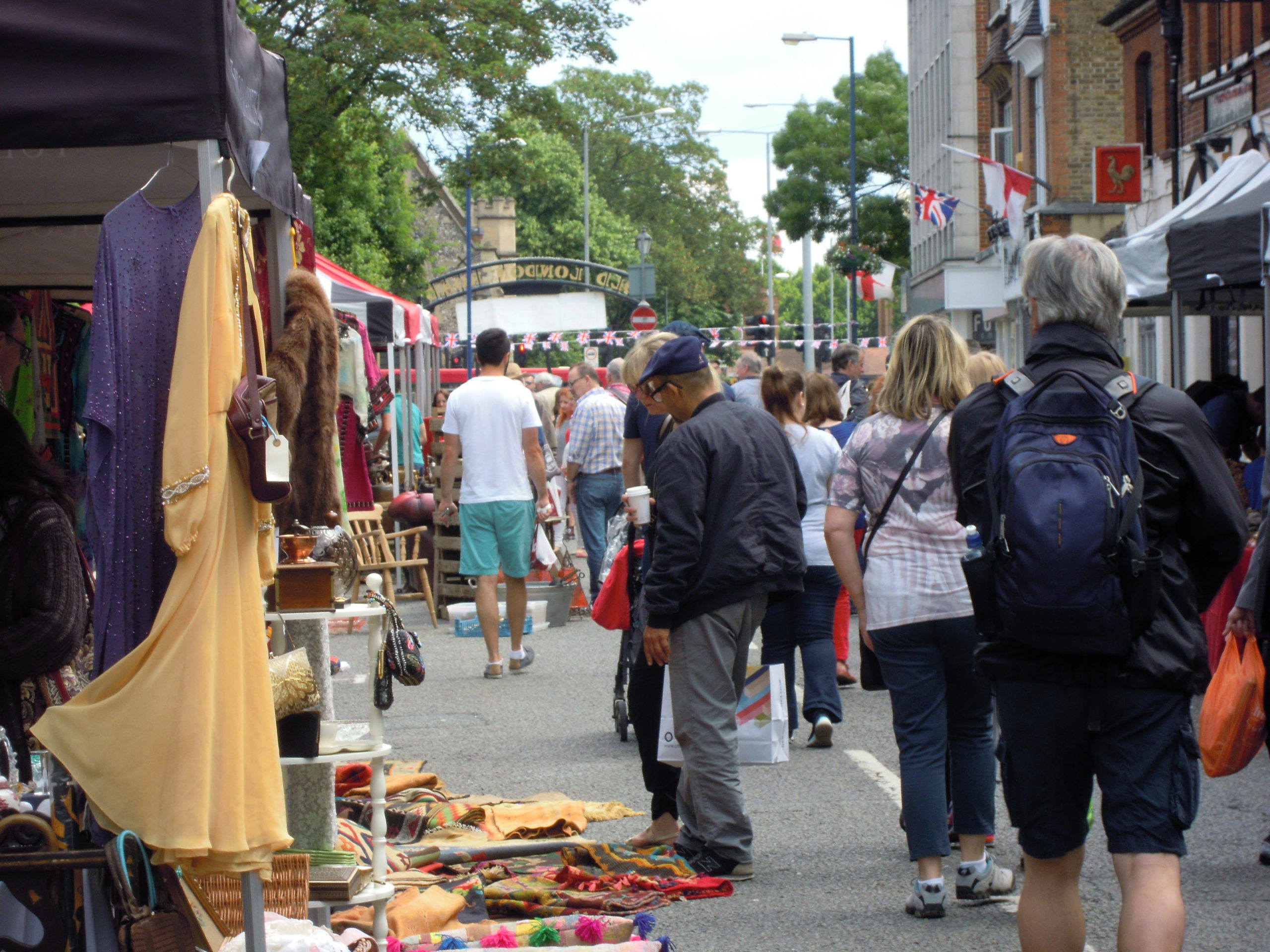 Further exhibitions followed including Whitefriars Glass and Kathy Winkle pottery. In 2000 Farebrothers funeral directors and the old fire station (numbers 21 & 23) where demolished to make way for a ground floor extension to Wilkos with a Travel Lodge Hotel above. 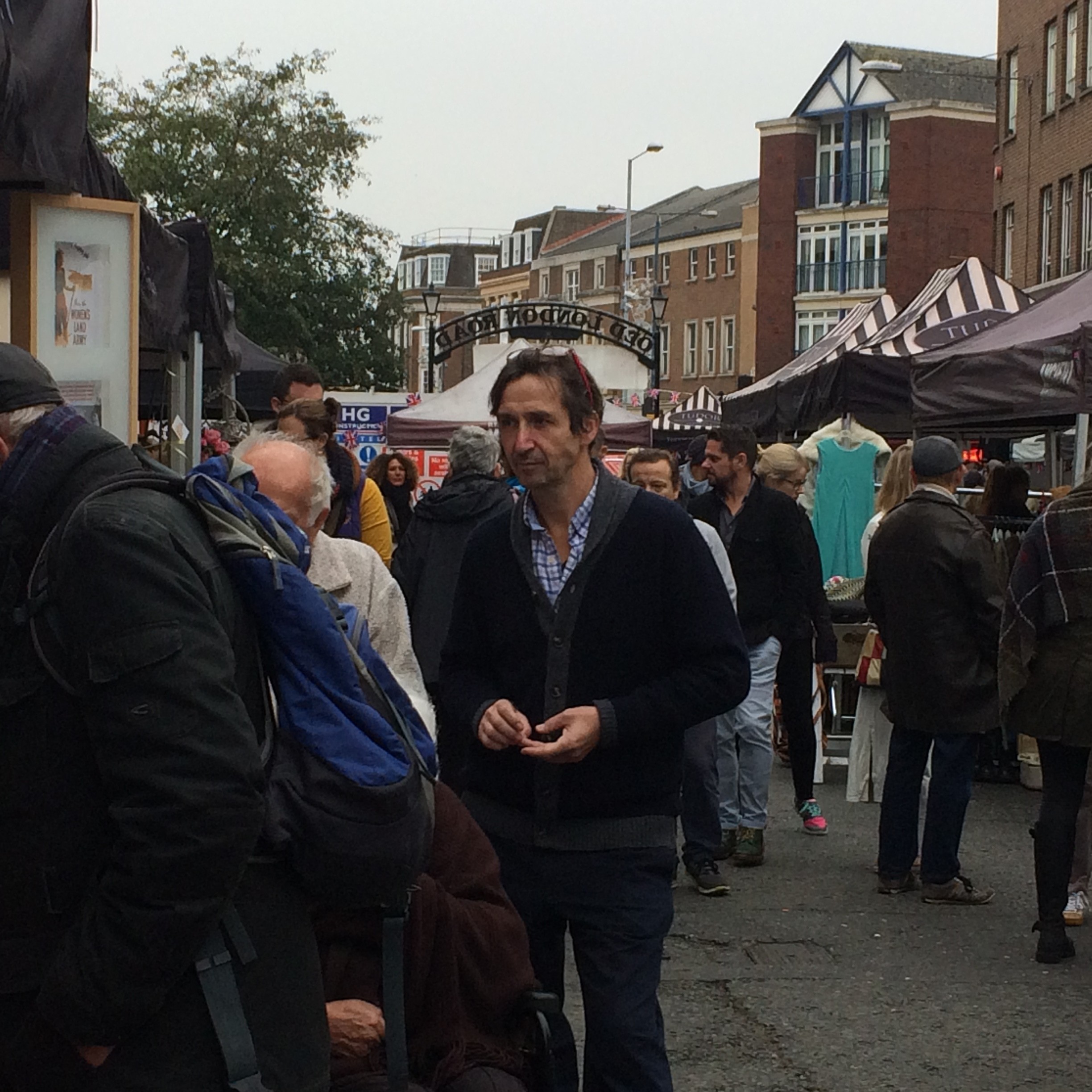 Part of the planning permission included that the developers had to erect at either end of the street a metal arch, these were erected in 2001. Thanks to Mark Field the Chairman of London Road Traders Association, London Road was changed to Old London Road in 2002

In April 2016 the Antiques Centre with the support of Kingston First (Town Centre Management who organised amongst other things the road closures)  put on the first of eight monthly Antiques Market in the road with up to 40 dealers attending. (see photos) Due to financial restraints, Kingston First had to withdraw their support so November that year was the last Antiques Market.

The Antiques Centre was closed by the Government in March 2020 for three months due to the spread of the Corona Virus (corvid 19). Because there were no customers allowed into the Centre this gave us the opportunity to catalogue and photograph dealers items to put on our newly constructed website. The team did over 1500 items in this period

Today the Antique Centre is one of the leading Centres in the south of England and has over 80 dealers selling over 10,000 items from antique, vintage and 20th-century collectables

Many of our dealers are experts in the items they are selling and would be happy to talk to you about an item you are interested in. We pride ourselves that we have something for everyone.

The Antiques Centre is open seven days a week and only closes for four days each year.

The Antiques Centre features regularly on BBC1’s Bargain Hunt and Antiques Road Trip. In the past The Bill which ran from 1984 to 2010  filmed in the Antiques Centre and Old London Road. We are often visited by overseas customers who make the pilgrimage after seeing the antique shows, some from as far away as Australia.

We have had many famous customers(just to name a few) 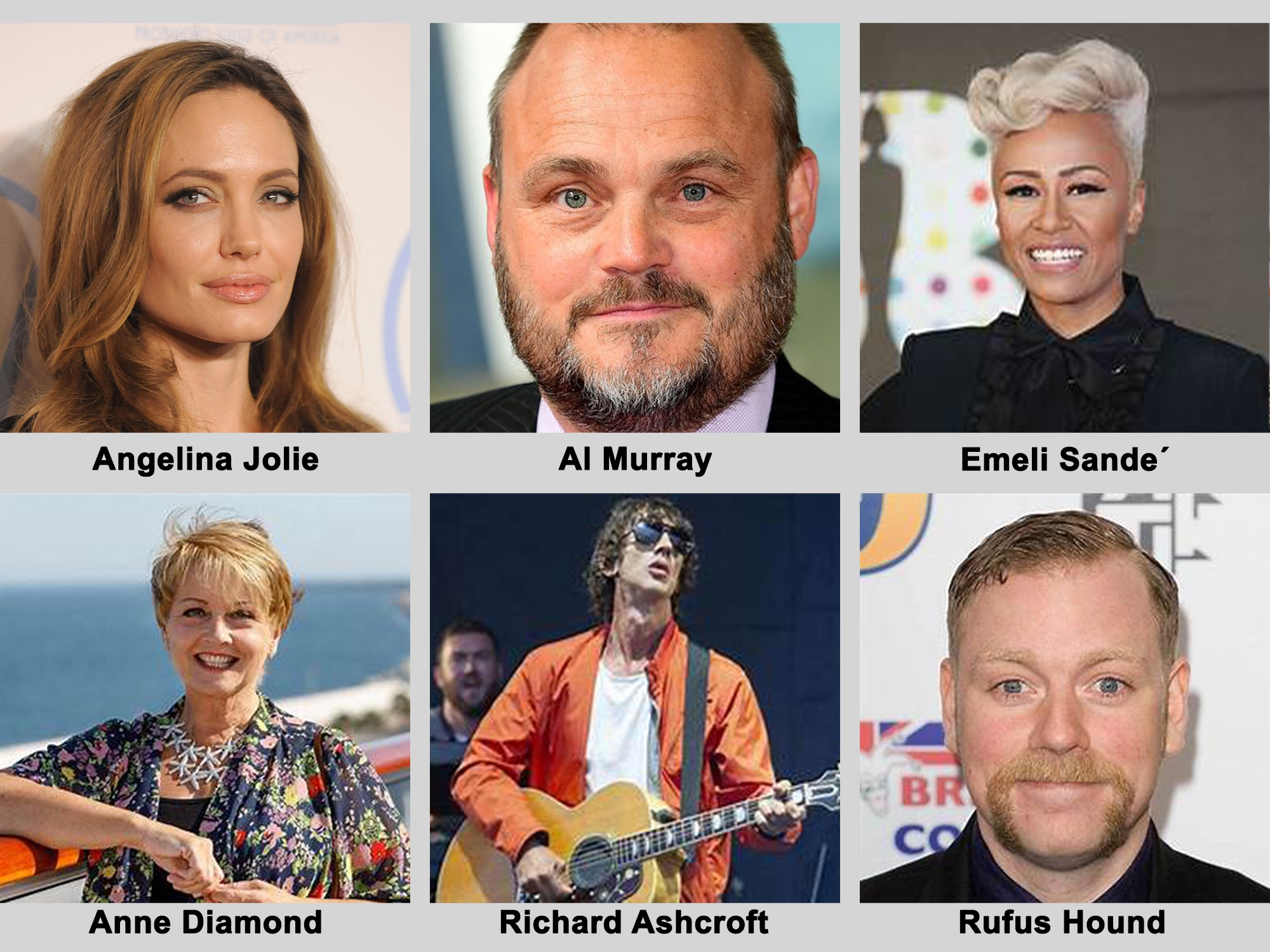